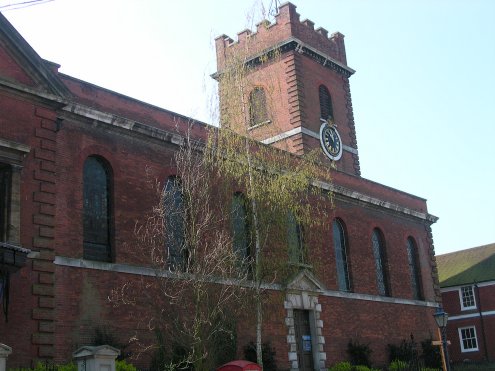 In 1740, bad “improvements” to the medieval church led to its tower collapsing.  It was replaced by the current building which was completed in 1763, although some additions were made in 1888 (the transepts added and the apse enlarged).

It is said that while being rebuilt in the 1750s, John Russell (Junior, the portraitist) climbed the projecting brickwork and was beaten by his father (John Russell senior) when he came down! 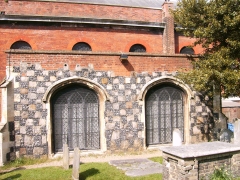 The Weston chapel (next to the churchyard) is the only part of the medieval church remaining.

Archbishop George Abbot’s elaborate tomb can be seen inside the church (in the south transept). 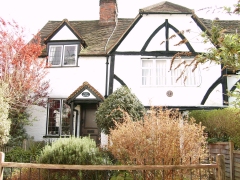 The cottages at upper end of the churchyard were once a rectory.  The central part was an open hall-house dating from at least the 15th century.  The Royal Oak public house is a later addition.