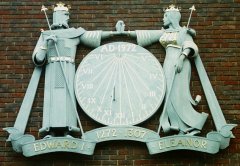 Three plaques in the wall of the castle in glass reinforced plastic show artist’s impressions by the late Ann Garland, a local sculptress, of how the castle may have looked in medieval times.

The sundial on the wall of Tunsgate Square opposite, depicting Edward I and Eleanor of Castille, who often stayed at the palace, is by the same artist.

In 1972 an excavation of the now grassy area outside the modern wall proved the existence of the castle ditch, which was filled in during the 17th century. 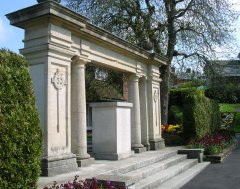 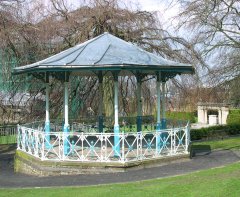 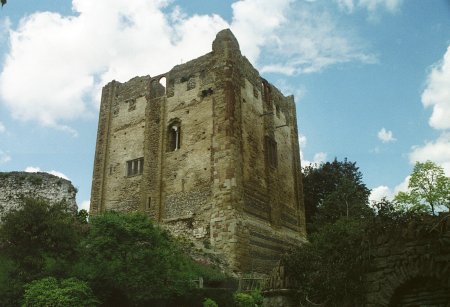 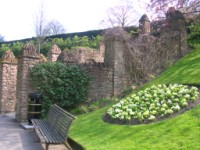 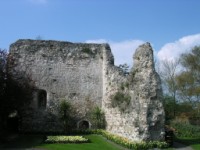 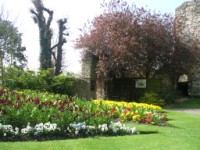 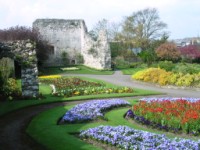 In 1066 the Normans conquered southern England.  Posed with the problem of keeping the country under their control with a comparatively small armed force, they introduced the technique of building castles in the major centres of population; Guildford being one of them.

Building was probably begun within the first five years of Norman occupation;  The mound (or motte) constructed and at first the castle buildings would largely have been of timber, but were replaced over the next century with more solid structures.  Fragments of the earlier shell can be seen on the southern side.

The “King’s houses” which stood in the bailey would have accommodated the royal court when they stayed at Guildford.  In the 13th century, Henry III made them into one of the most luxurious royal palaces in England.  But the royal palace was abandoned in the 14th century, and the castle fell into a terrible condition, despite being used as the county gaol for both Surrey and Sussex.

In 1611, King James I gave the ruined castle and grounds to Francis Carter, who may have tried to make it habitable again, but failed.  By 1650 the Keep was used as a cock-pit and the Carters were living at Castle Arch.

In 1885 Guildford Corporation purchased the ruined castle grounds from Lord Grantley and laid them out as they are, being “one of the town’s chief glories”.  The grounds were opened to the public on 28th June 1888 to mark the 50th anniversary of Queen Victoria’s coronation. 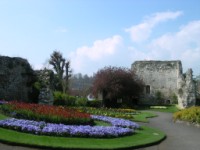 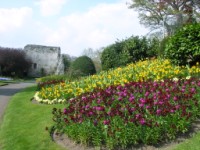 There is a wonderful view from the viewpoint by the Castle keep, and you can see St Catherine’s Chapel situated on the east side of the Portsmouth Road about three-quarter’s of a mile south of the centre of Guildford (walkable by the river) on a beautiful site above the Wey water meadows.  It was built before 1308 but it is now roofless with all its decoration gone.