The Guildfordian George Abbot was born in 1562.  The son of a Guildford clothworker, he received a free education at the Royal Grammer School and went on to Oxford University in 1579, where he became vice-chancellor in 1600.

In 1609 he became a Bishop of the Church of England and went on to become Archbishop of Canterbury in 1611. 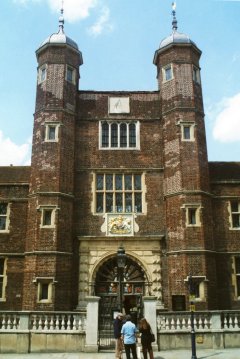 In 1619 he began building the “Hospital of the Blessed Trinity”, now referred to as “Abbot’s hospital”.  It is a hospital in an old meaning of the word – a home for the elderly – originally up to 20 elderly Guildfordians could be housed here at any one time, although extensions have been made to it since.

Public access is limited as it is still used for its original purpose, but there is a free guided tour on Saturdays at 3.30pm.

George Abbot died in 1633 and was buried inside Holy Trinity.  His elaborate tomb can be seen in the south transept. 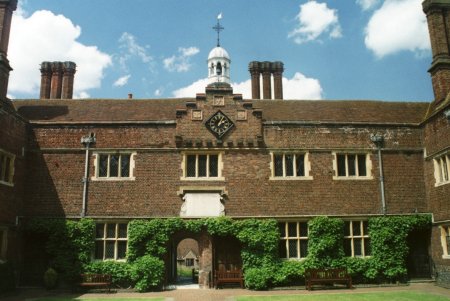 It can be seen inside that George Abbot built the hospital in the style of the colleges of Oxford University. 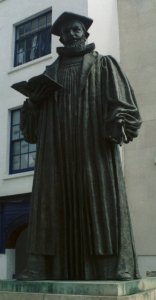 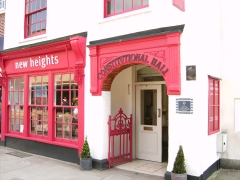 Constitutional Hall was built in 1885 and the building largely unaltered (despite the lovely colour it has been painted!).

This was the site of the first cinema in Guildford.